Leonardo Di Caprio at 4am. That was Sean.

“You mean somewhere in the Americas?”

It was lunch time in Edinburgh, the Spanish waiters smiled at the tourists and poured water from great heights.

Sean set up his pieces on the 5asideCHESS board.

“Yeah, from Toronto, where the drug trials were. I haven’t done any here yet.”

“Well it’s not much differant to normal life,” he said.  “They lock you up and don’t let you out. No contact with the real world, just a bit of manufactured exercise to make you feel vaguely alive. Constantly watching you, making sure you take the drugs they want you to. What’s the differance from that and working in an office, going to the gym and spending your life online?”

“At least in those trials they let you out in the end.”

“So you’re going to do some here?”

“True,” he laughed. ‘Actually I’m starting another one tomorrow.”

“You have two jobs? Interesting for a man who says he hates work.”

Our first game of 5asideCHESS was played in silence.

After that we played every day. The Battling Suicide Bus was parked at the Edinburgh Fringe for the whole of August. 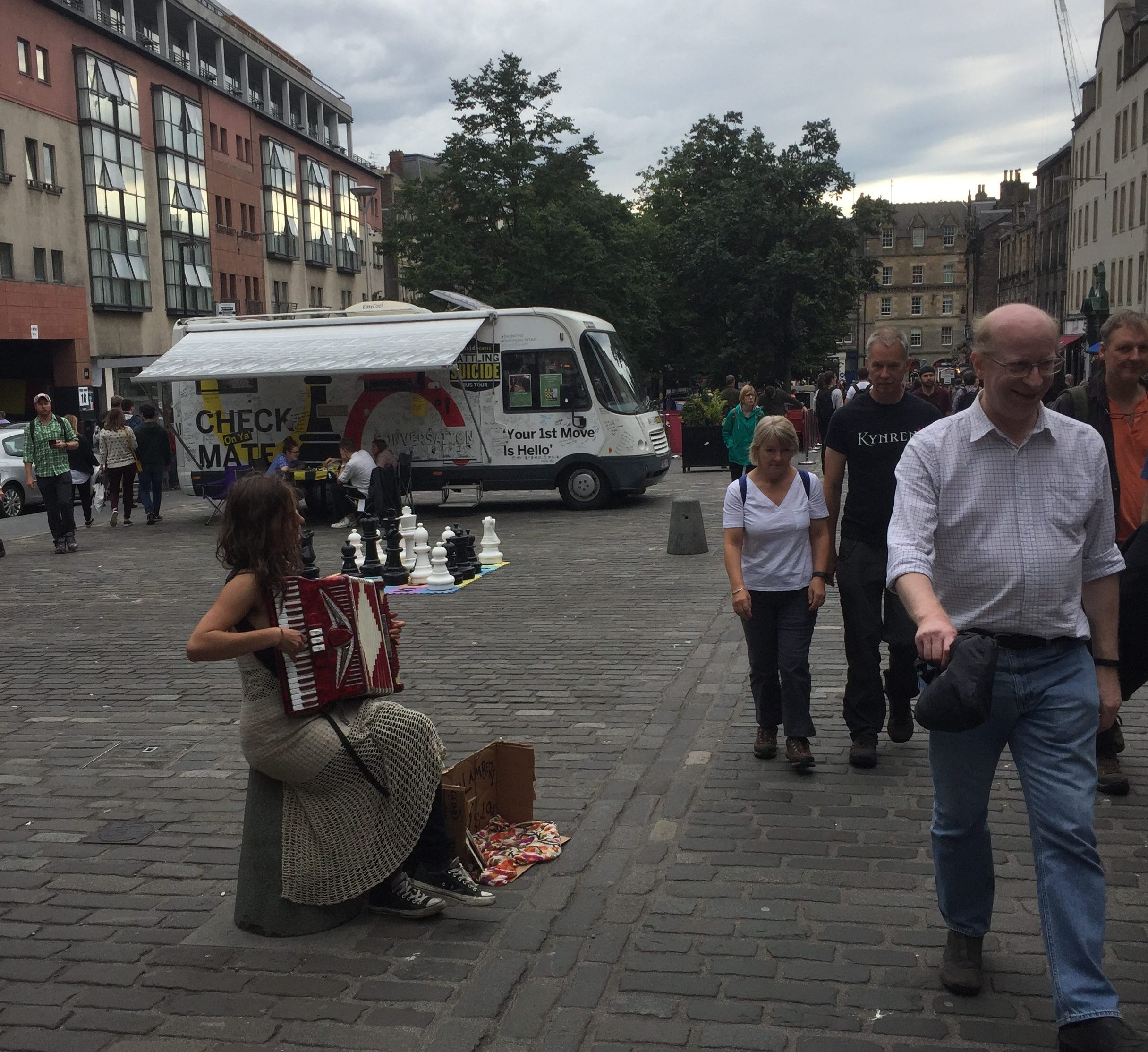 We drew that first game.

“I work for Deliveroo,” Sean said. “I’m starting to do cleaning for AirBnB tomorrow.”

“Yeah, it’s like, you pick AirBnB places to clean and they pay you per place. It works because I don’t want a job.”

“Did you go to university?”

More than half of gig economy workers are aged 18-35, and 37 percent have degrees or a higher education qualification.

The game was fast. I won, trapping his king with a pawn and the Queen.

“That’s kind of a stupid question.”

“Harmony in Red by Henri Matisse is good.”

It was a stalemate, he trapped my King and forgot to give it an option out. 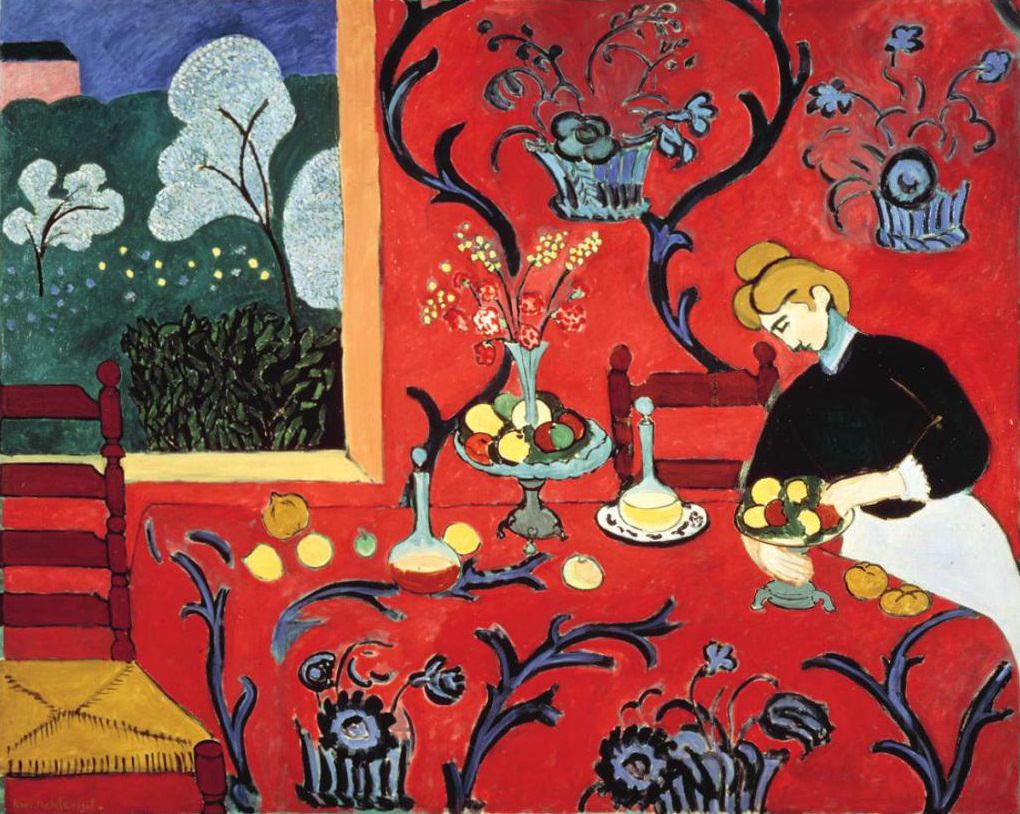 The next morning a Spanish waiter fussed about the tables. Sean was on the way to his new job.

He sat down and moved a pawn.

“You know Matisse painted that picture in Blue for some rich guy at first, then changed his mind and got the painting back and painted it all red.”

“Yeah, but it’s not that easy is it. Just changing everything if you feel like it. Life isn’t a painting.”

“I don’t have much choice,” he said. “My anxiety is pretty bad, and I get pretty depressed as well. Actually chess makes that go away. Anyway, last thing I need is to work with a load of other people. Or have the pressure of some contract job.”

“Can you change being anxious?”

Tips to Beat Anxiety – Nobody is Worth It

“It’s this pressure of rent and living that gives you the problems in the first place.”

“Plus I drink probably too much, I mean, these gig economy jobs are obviously shit, but I don’t see another way. I have to pay for my flat and pretty much just survive.”

One in four gig economy workers earn less than £7.50 an hour.

He smiled a basketball diaries smile. 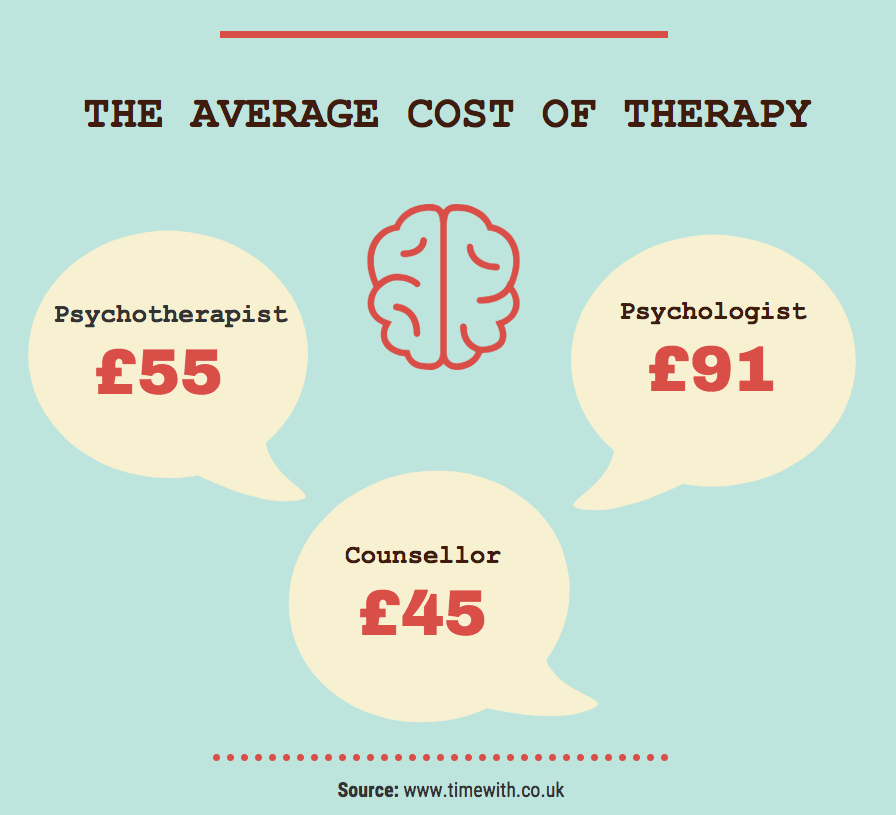 “Yeah,” he said. “She wasn’t. She doesn’t even live in Edinburgh anymore.”

“Classic. And to think you could be back in Canada earning the big bucks testing weird drugs.”

“Yeah,” he said. “But I chased the girl and got addicted to zero-contract hours, no rights and valium.”

“Happy for you mate. Give me a sec, I’m just going to say hello to this guy,” I said, noticing a tall and quiet figure hovering around the bus.

“We can play ‘Suicide Chess’ next time,” Sean said.

The man pulled out his phone and showed me his Apple Suicide Notes.