Alex has a unique view of the benefits of using 5asideCHESS to help her connect with a completely new community.

Recently she spent time in Zambia.  She took a 5asideCHESS set with her and, as she says, it instantly helped her fit into a new community with its new customs and language.  She said the game helped her engage instantly with her new friends and develop a real connection.  Alex had taken up a voluntary position to help talk to local teens about pregnancy and STI’s.  Using 5asideCHESS with her group, she could see how using chess as a tool helped her discuss how critical thought is before action.  Chess gives a clear and obvious example of how a little thought before you make a move can make a huge difference to an outcome.  She found out that the local school had a thriving chess club with over 70 children playing.  However, as they had limited sets, Alex asked 5asideCHESS to donate boards which the team happily did.  More boards, particularly in this short form, meant more chess games for more pupils.

Now, having returned to the UK, she plays 5asideCHESS every night with her uncle over the phone.  This has helped reignite their contact, which had lapsed and Alex says it gives them something to talk through each night as they make a few moves.  She is so impressed by the outcomes she has seen using the boards that she now volunteers with the 5asideCHESS team and is working on several of their new initiatives, including a Juniors club and linking with groups such as Brownies, Guides and Cubs. 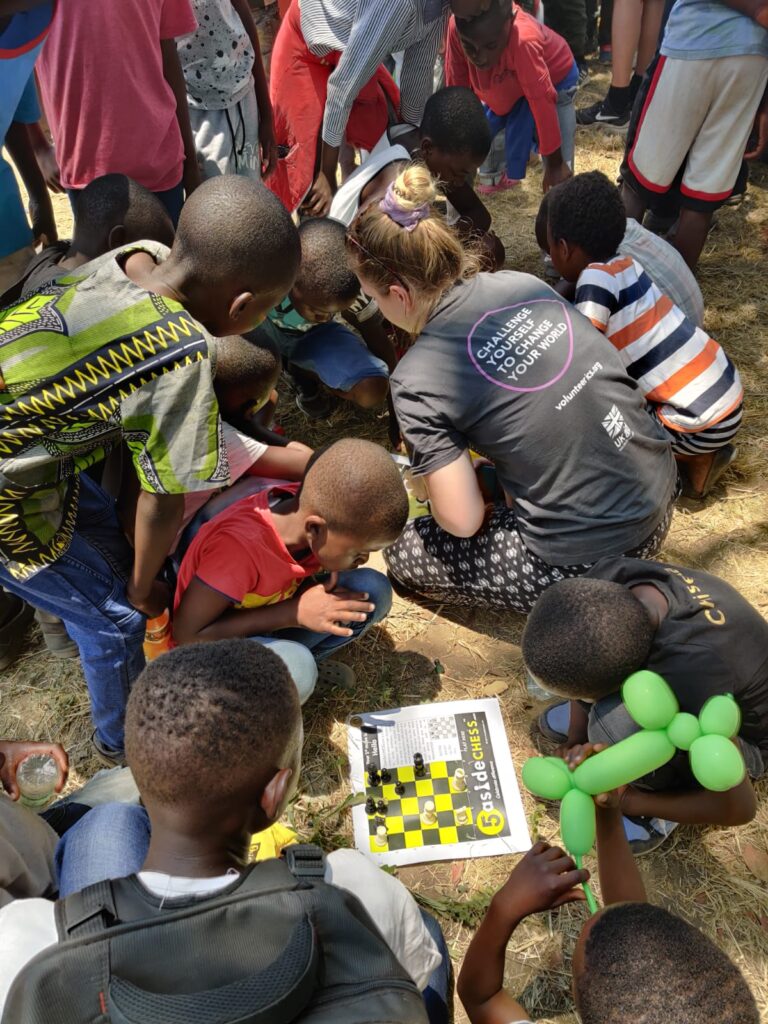