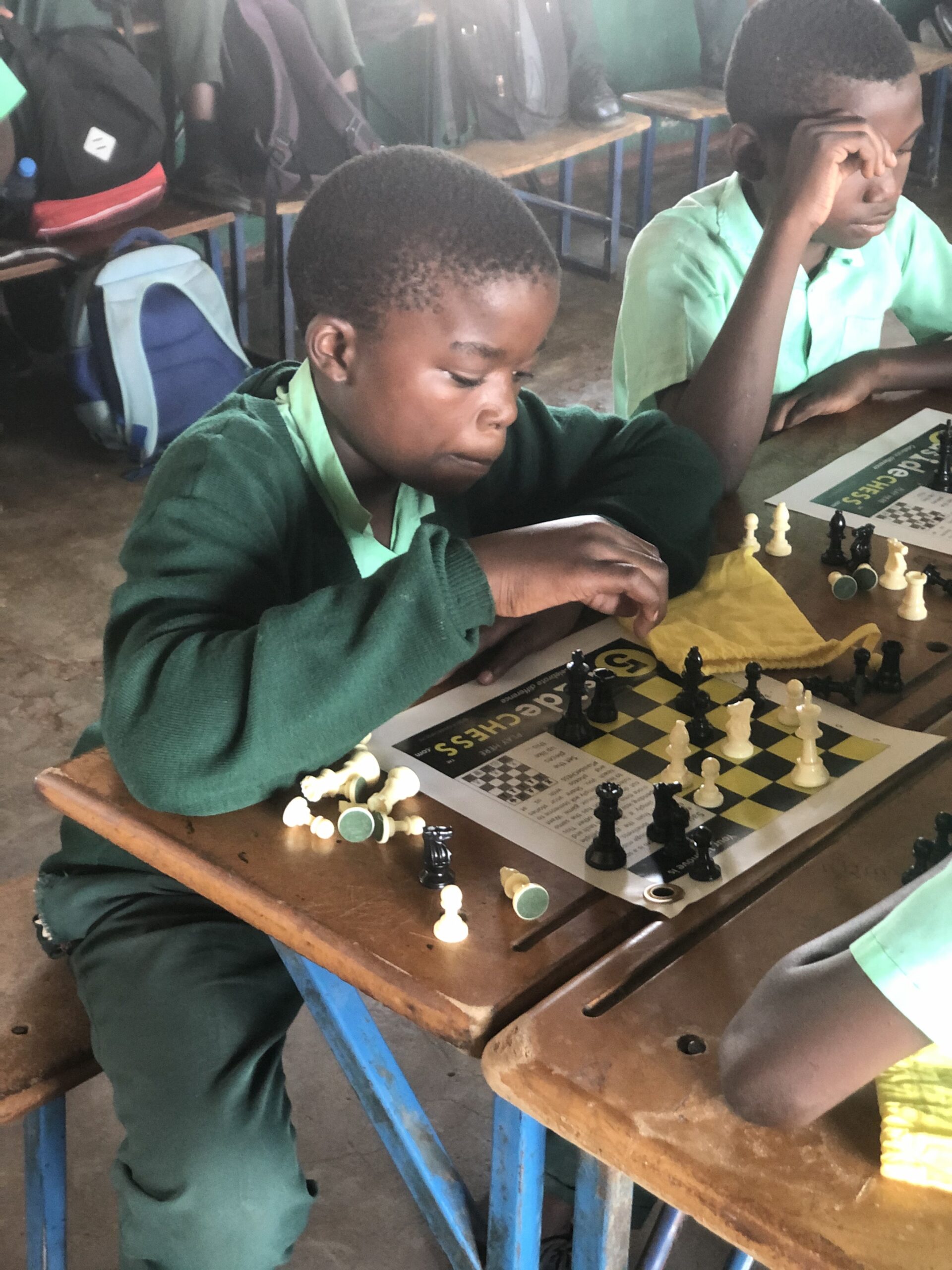 The first school on our 5asideCHESS tour was Kamwala Primary. It has a large chess club with over 50 students but when I asked the teacher in charge how many boards they had she surprised me by answering none. They had being using pieces and boards from different games and making their own chess sets! The pupils were so excited to get actual sets and when asked whether anyone would like to give 5aSideCHESS a go multiple hands shot up. One boy that was picked sat down and was adamant that he knew how to play chess but actually started to play draughts instead which is a popular game here. The girl opposite him ending up moving his pieces for him. Very fairly I might add, since she also took her own pieces when the opportunity arose.

One thing that really stuck with me was what the teacher said afterwards “You don’t realise what you’ve given these children. You’ve given them an opportunity. An opportunity to learn a new skill, to develop their thinking and change the way they live their lives. Chess teaches so many things beyond just the game such as consequences and thinking before you act. These children might even have the opportunity to become great players and be able to leave Serenje, to go on and compete at higher levels and maybe even internationally. I’d like to thank you again for this gift and just know that these sets will go to great use”

Previous post:
My journey to change the game of life using 5asideCHESS
Next Post:
Bright take a stand on mental health in the hospitality industry by supporting 5asideCHESS