My journey to change the game of life using 5asideCHESS 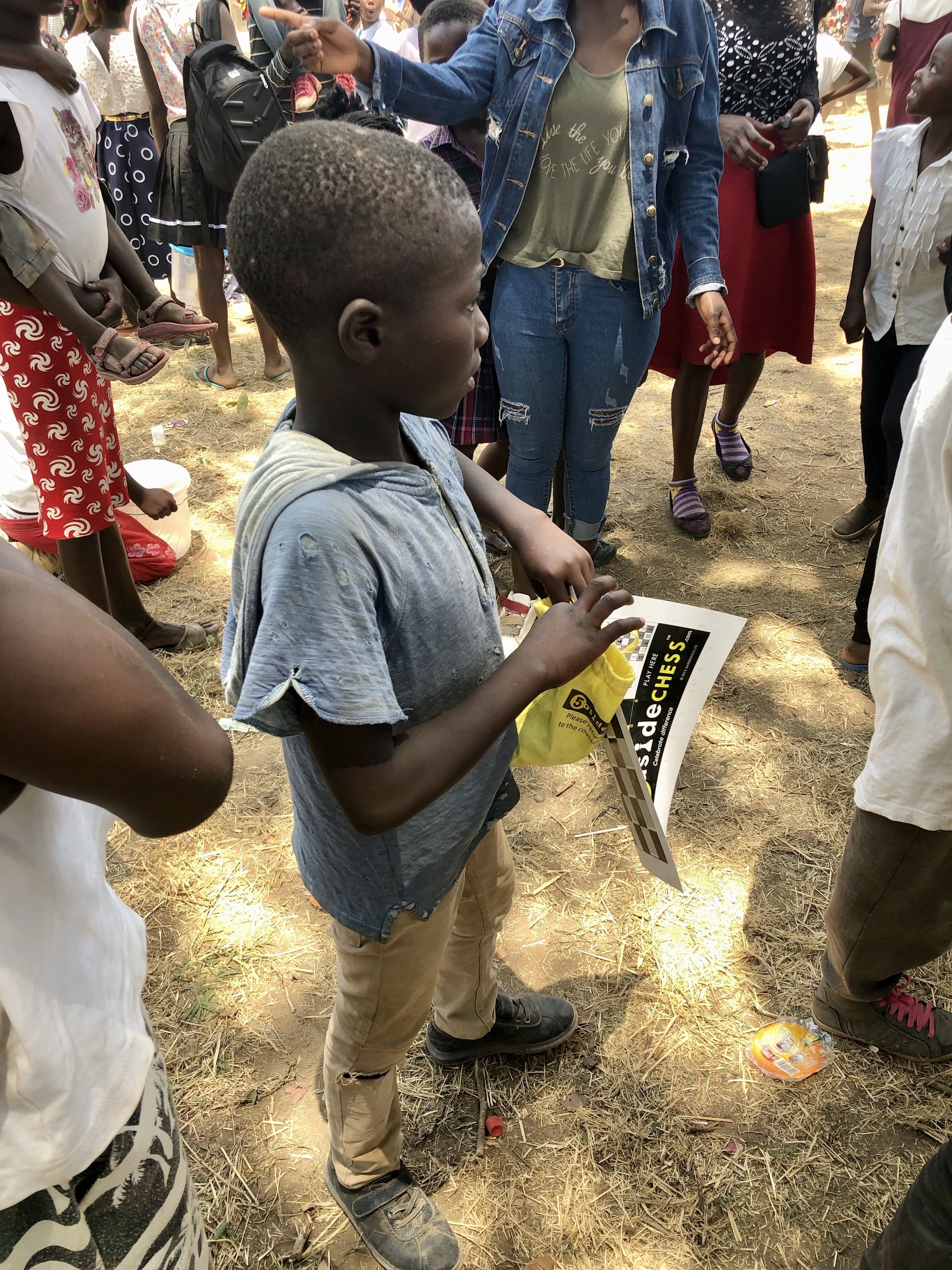 Zambia got it’s independence from Britain only 55 years ago, so as a British person at their celebrations I felt like a bit of an unwanted outsider.

However undeterred, I got out one of the 5asideCHESS sets and suddenly some of the children started to watch me set up the pieces. A few were a little scared when I asked if they wanted to play but one brave boy said he would give it a go. I quickly explained the rules and we set about playing a game. As we went on the crowd around us grew larger and before we had even finished I set up a second game with two other boys. They all wanted to know how many of their few coins it would cost them to have a game and when they found out it was free they were all excited to have a go. I set up all 5 boards despite warnings from others that the children might steal the pieces. Instead they all engaged with the boards and with each other, playing children they didn’t know with some going on to teach others once they had been taught themselves. About 10 boys stayed for the entire 3 hours I was set up, playing different children and teaching games. It wasn’t just the children that joined in, young adults dressed in their uniforms challenged each other to see who would win and even some of the girls joined in near the end.

The boards were a massive success. Everyone who played enjoyed themselves and most learned a new skill or met a new person through playing. They looked after the pieces and boards as if they were their own although they did get a little dusty playing in the dirt!

Previous post:
LET’S TALK …WE’RE HANDING THE KEYS TO OVER TO YOU Next Post:
My journey to change the game of life using 5asideCHESS – Kamwala Primary