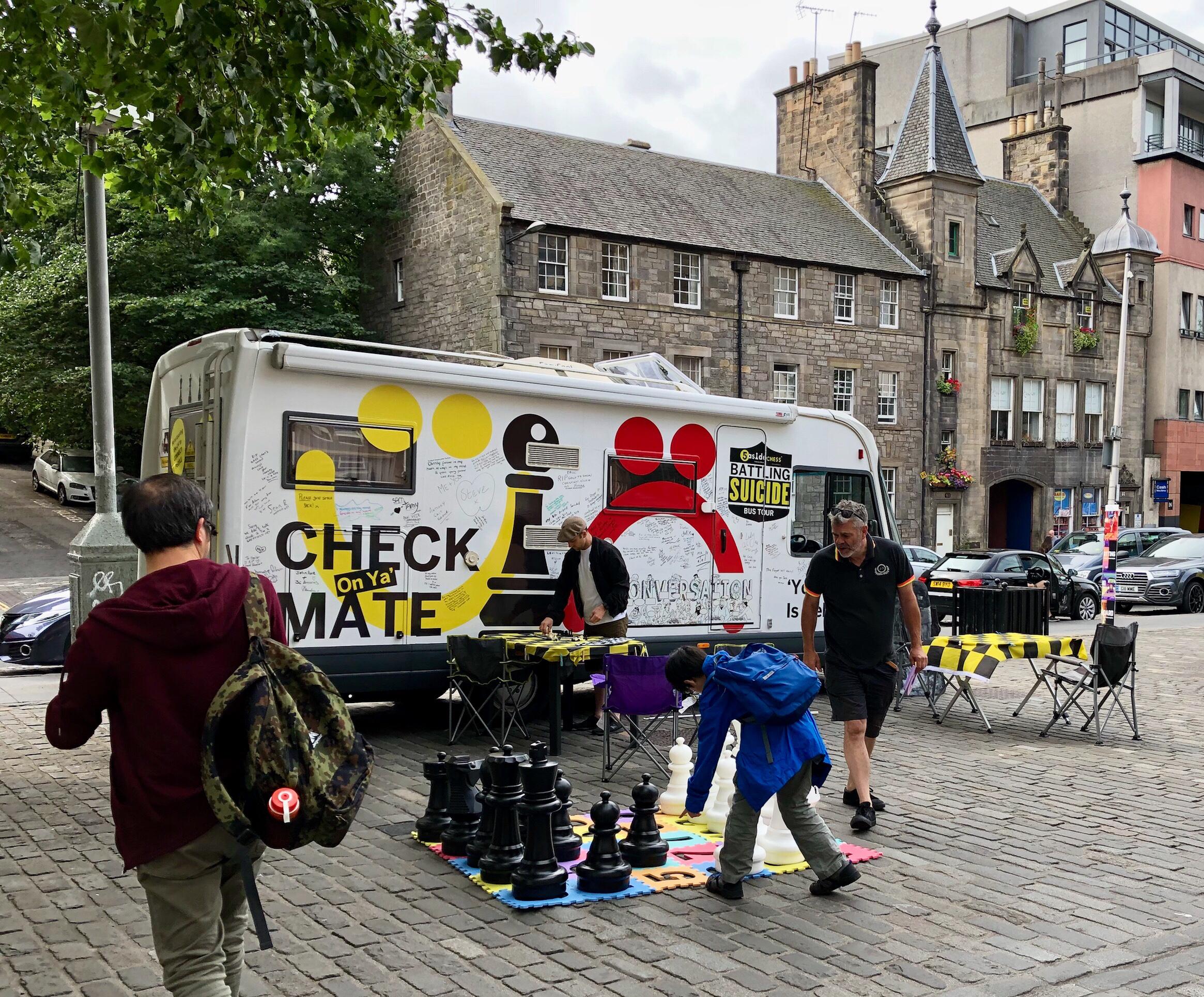 Yesterday was not an ordinary day. Not by a long shot. Over the last few months I’ve been helping 5asideCHESS put together a Battling Suicide Bus UK tour. I’ve planned, written press releases, listened to Ross and Ryan’s stories and since they set off in mid July, I’ve seen photos. A lot of photos. But nothing prepared me for the reality of spending the day with the bus in the middle of Grassmarket, in the middle of Edinburgh, in the middle of Fringe Festival. 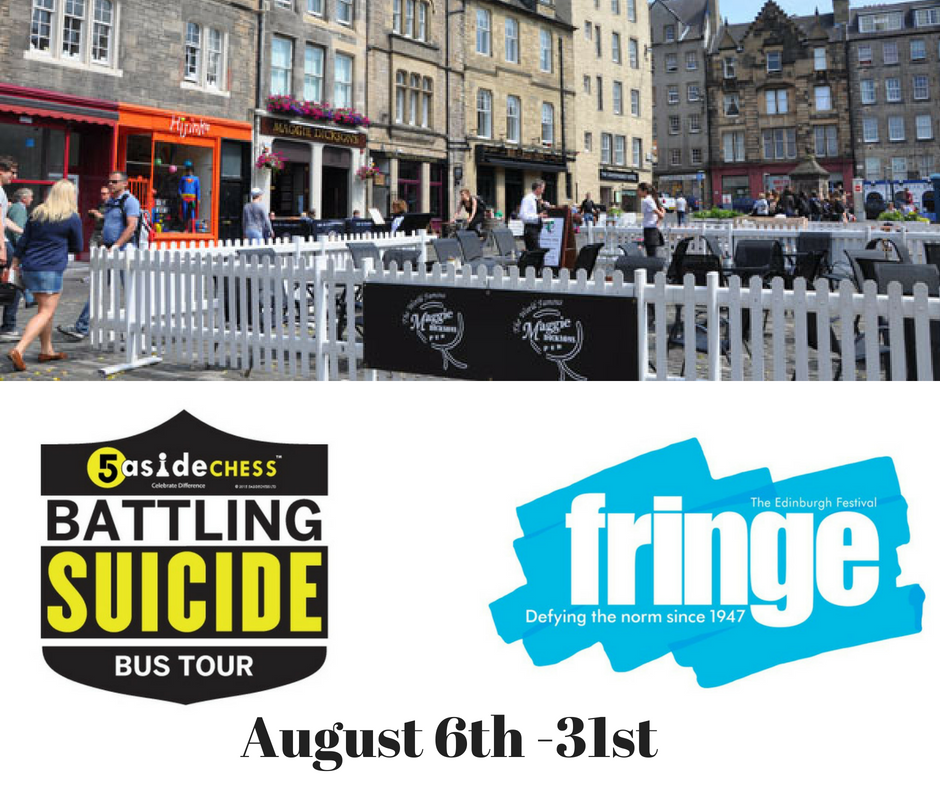 If you haven’t heard of it, and frankly it’s small so there’s every chance you haven’t, 5asideCHESS is a social enterprise project about connection. The human kind of connection that is, rather than how good your wifi signal is or how many ‘friends’ you have on social media. The aim sounds deceptively simple……to get people to say hello, to talk, to listen, to look out for each other. Basic stuff right? How hard can it be?

And yet……How come so many of us are lonely and feeling like we have no-one to talk to? Why is social isolation such an enormous problem? Why do so many of us suffer mental health problems; drink too much, take drugs, self-harm? Why are there so many homeless people and why are so many husbands, wives, daughters, sons taking that last, desperate step of taking their own lives?

I’ll be honest. I really didn’t agree with the name Battling Suicide Bus. I thought it was too bold, too contentious, too ‘in your face’. That it would alienate people rather than get them talking. I was wrong.

Hannah’s Story: It Takes a Country to Raise a Nation.

At the first stop someone asked if they could write the name of a friend who took their own life on the side of the bus. And then another and another…… Almost unintentionally, as it has travelled around the country, the bus has become a moving memorial wall to loved ones lost to suicide. It now has more than 100 messages and the tour is only three weeks in. That’s 100 people suffering so badly that they chose to take their own lives. Imagine how their friends and family are suffering now too.

Yesterday I saw in person how people are affected by the bus and what it represents. I heard stories that made me want to cry. In fact I did. About a man with depression who loved his dog so much that he couldn’t bear the thought of the agony that he would go through when the dog died. He killed himself.

Another who was the life and soul of the party, who everyone thought had a gilded life because he laughed all the time and seemed to have everything. He killed himself too. People were so brave in sharing their stories of their own mental health struggles. Somehow the sight of the bus seemed to allow them to open up. The common theme when sharing about someone lost, ‘I just wish you had talked’. 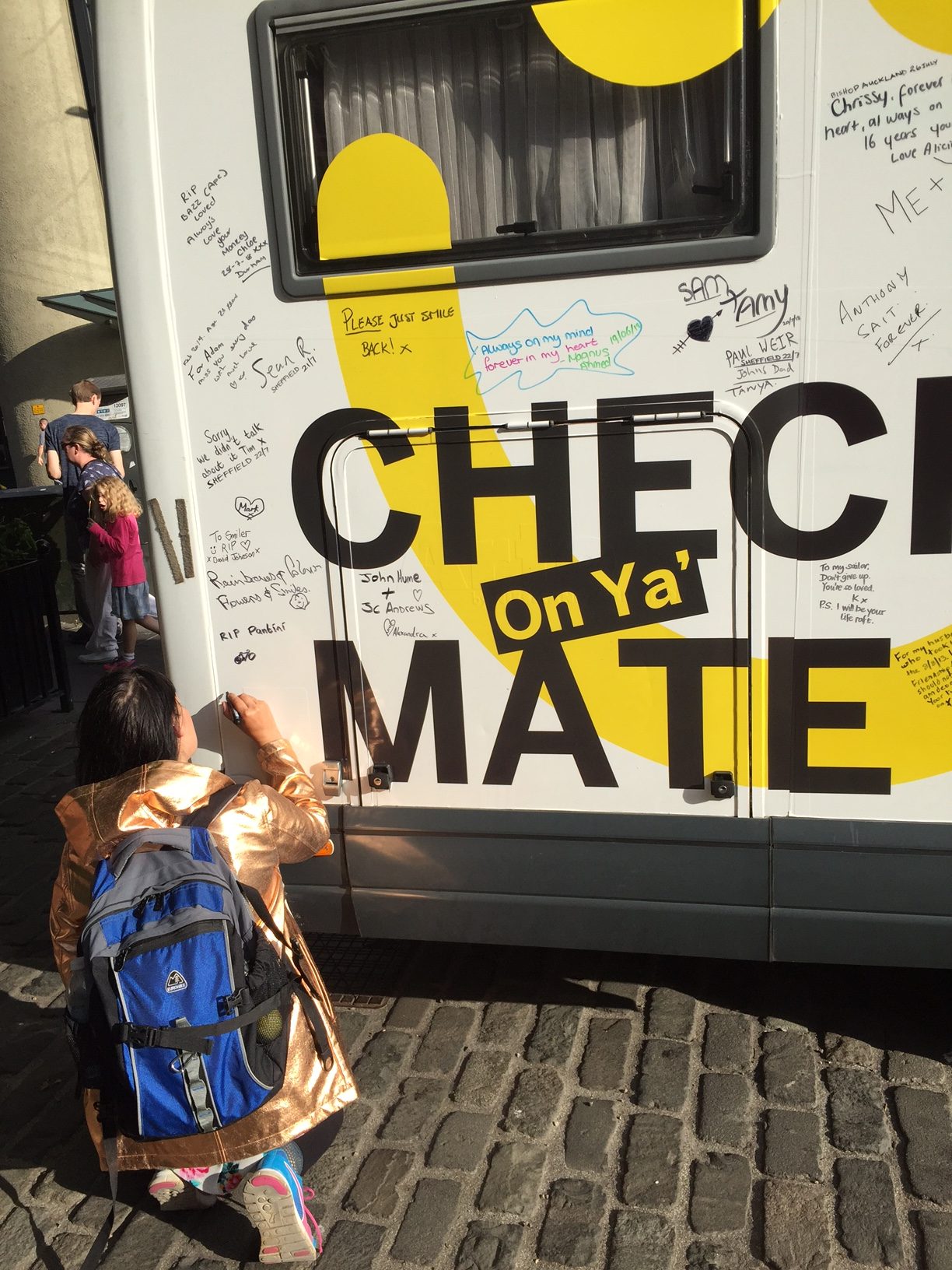 So not an ordinary day at all. Actually, quite an extraordinary one. Emotional but with some incredibly positive moments. Watching families put down their phones and sit and talk whilst sharing a game of chess, strangers sitting down to play and sharing a moment together. 5asideCHESS is about chess, obviously. But frankly the chess is just a tool, albeit a very powerful one, to get people talking, sharing, connecting. In real life, in person rather than online. We have to help ourselves and help each other. We have to check in and check up on our mates. To talk and more importantly, to listen.

If you get the chance, go see the guys on the bus. Have a coffee, have a chat, try your hand at 5asideCHESS. Take them homemade sandwiches. They like ham and cheese. In fact, Ryan may actually be a mouse in human form he consumes so much cheese. What they are doing is incredibly emotionally draining. Remind them how important it is. They are stepping up, they are making a difference. Shouldn’t we all do more of that? Couldn’t we all do more of that?

#1 Suicide Effects SO MANY

(Diane, I am in a coffee shop uploading this and feeling very emotional from your words. Thank you so much for everything. I’m Hungry. Ryan x)

The bus is in Edinburgh’s Grassmarket throughout August. Then it will make its way back down the country through Wigan, Liverpool, Manchester, Cardiff, Bristol, Bath and Oxford. Probably not in that order but it will be published as things get firmed up.

Please share to help raise awareness #battlingsuicidetour. PS. I recognise the irony in asking for help on social media to get people off it and talking in person but this is about awareness and hey, it’s a tool so let’s use it for good! 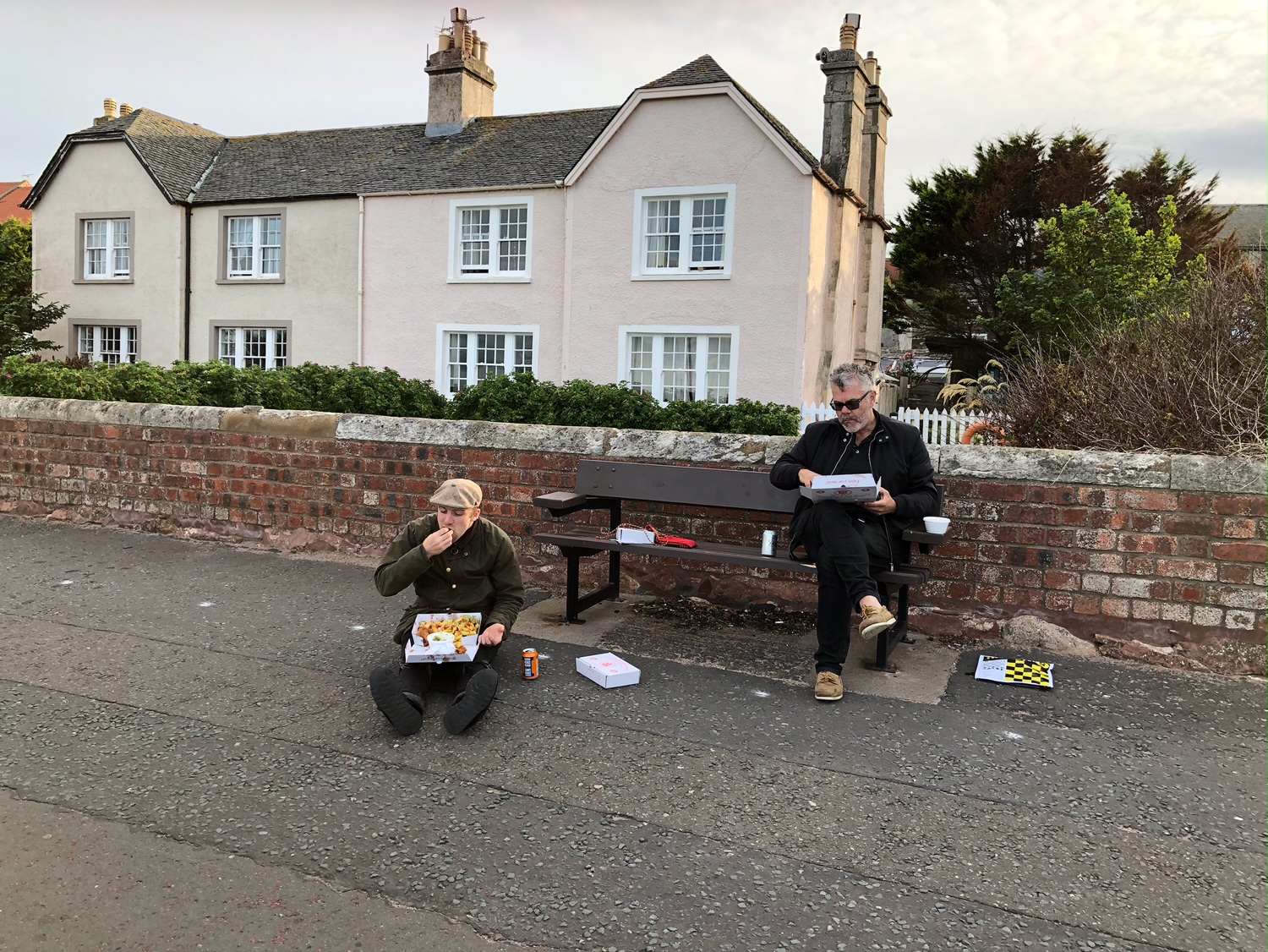