Who Wrote on the Bus First? 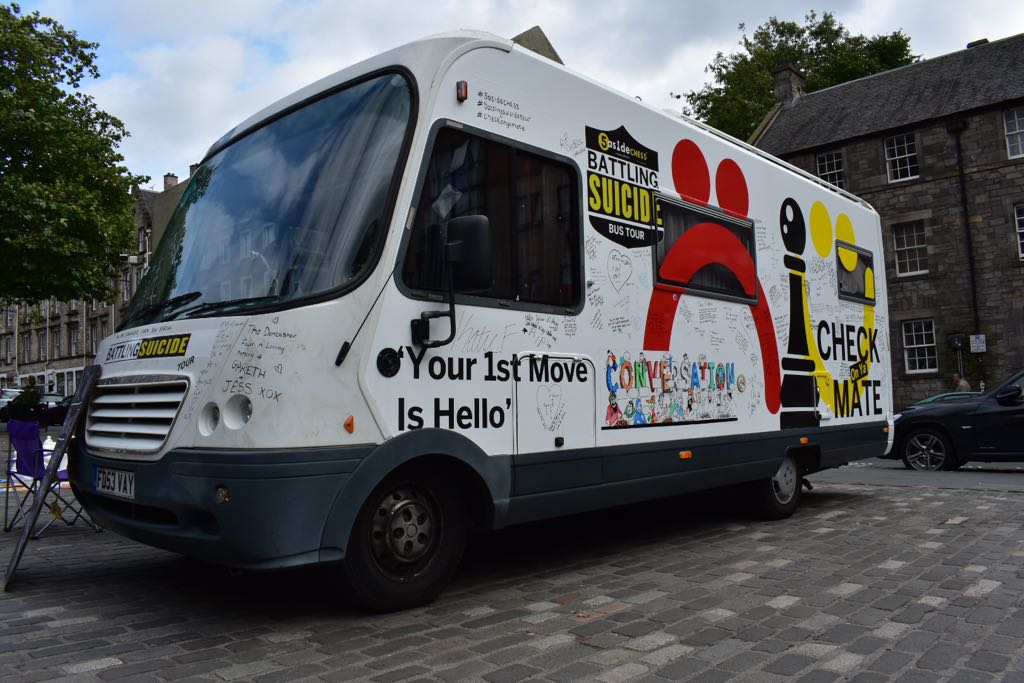 Some of the best moments on the Battling Suicide Tour happened in car parks. Mainly Tesco Car Parks, actually. The very first one of these car park encounters. The car park encounter of the first kind, if you will, Sci-Fi fans, shaped the whole tour.

Leaving Edinburgh, into Tesco at Colinton

It was mid July and we were stocking up on Cheese and other not as important foodstuffs at ‘big’ Tesco in Bar Hill, Cambridge. The bus had been wrapped a few hours before by Jake and his brilliant team at Iconic Signs. 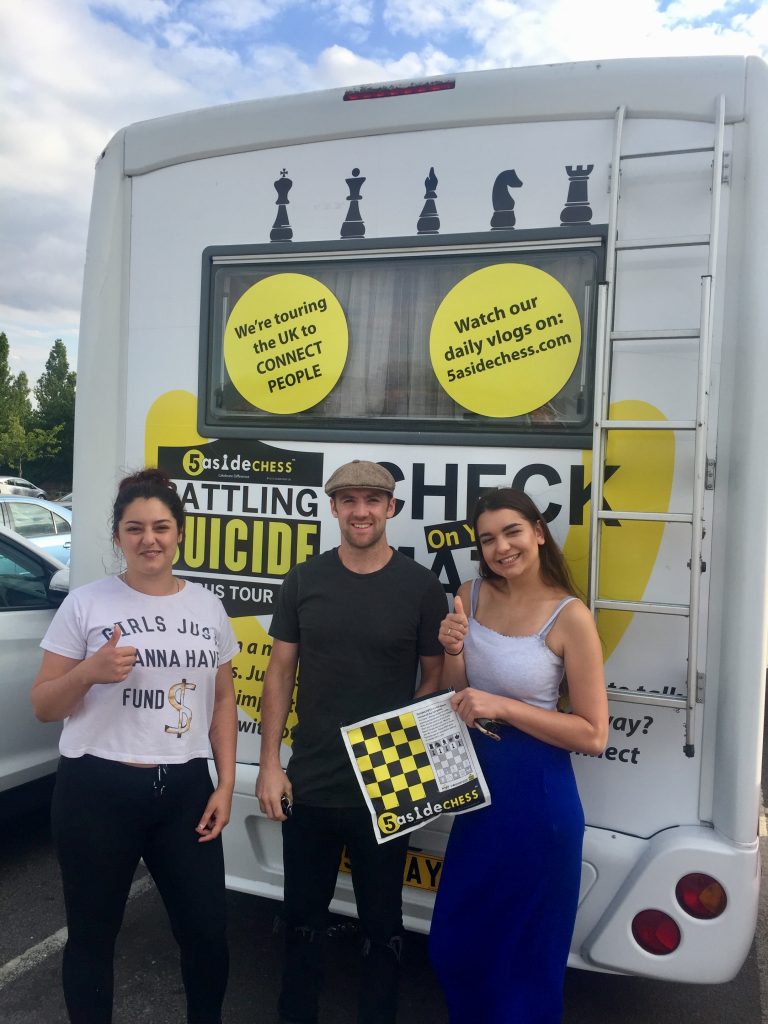 Then we heard a voice.

“That’s sick.” Ryan peered out of the window.

“Kind of both,” Jade said, stood next to her sister Em.

“I love the design of the bus, but we lost dad to suicide. Would you mind if we signed his name on the bus?”

The answer was of course yes, although it was never the initial plan. So a huge thanks to both of them for helping to start something amazing.

More than two months later we rolled back into Cambridge on the very last day of the tour. The bus now covered in memorials, messages of support and signatures from across the UK. And who do we see,  Jade’s sister Em.

Strange how these things happen. It felt like the perfect way to bookend the whole tour.