We met Matt Panesh at the Edinburgh Fringe. “Come to Morecombe on your way down.”

The Morecambe Fringe is Matt’s baby. He’s coddled it up into his Alt Space shop on Yorkshire road. “We are just planting the acorns,” he says.

It’s inspiring to see. We are doing the same with 5asideCHESS. Our acorn is connection. 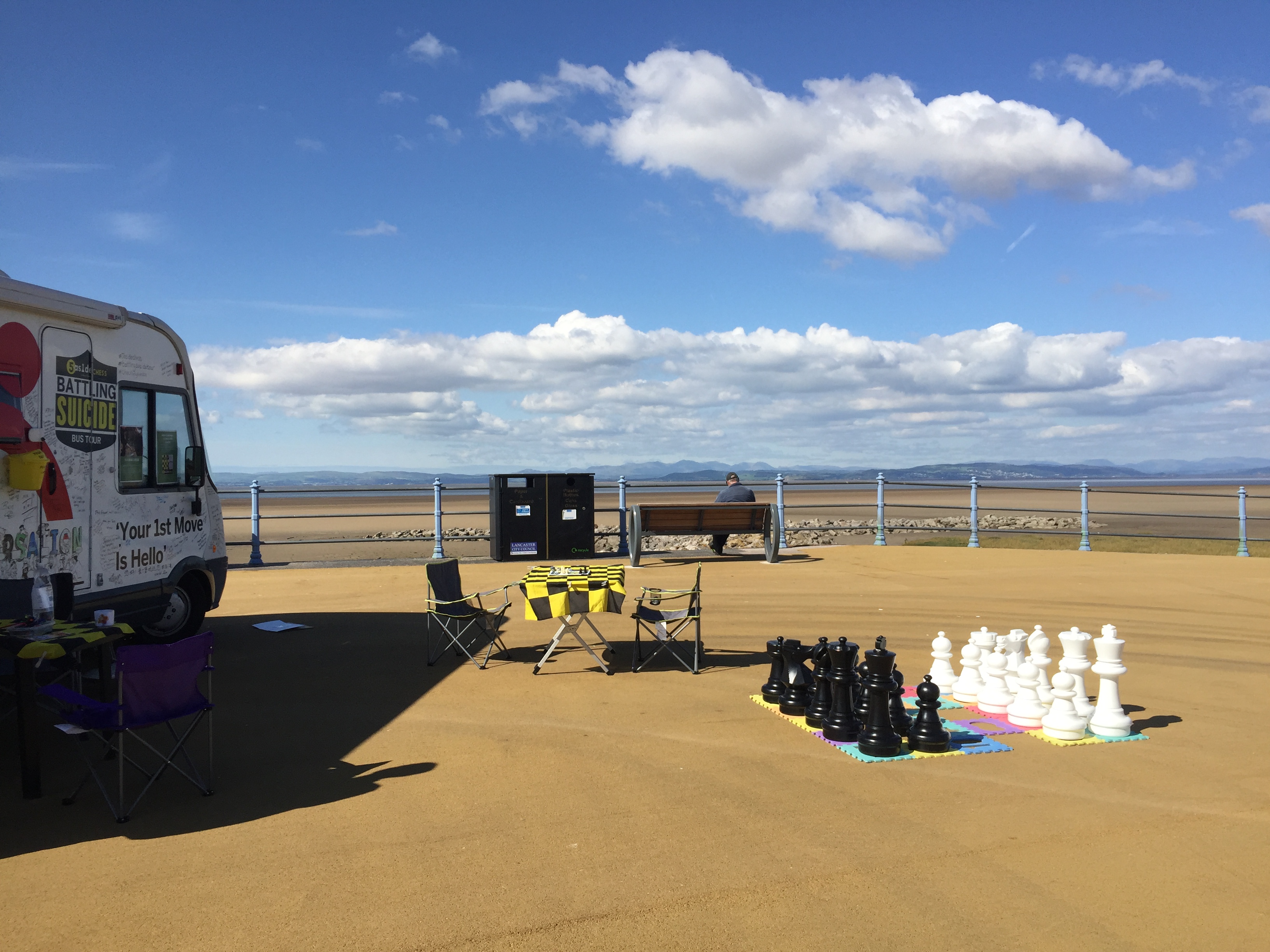 We parked up on the main drag after arriving in the night from Glasgow. 11pm. The road was busy and the cars shook the bus . Neither of us slept much.

In the morning Ross got chatting to Paul. He lives alone, spends a lot of time looking at the walls.

By the end of the day Matt had him in one of his performance classes. He was back in the local community, a community being strengthened by the team behind the Morecombe Fringe. In October they are going to have some shiny chess boards to help continue the fine community work already set in place. 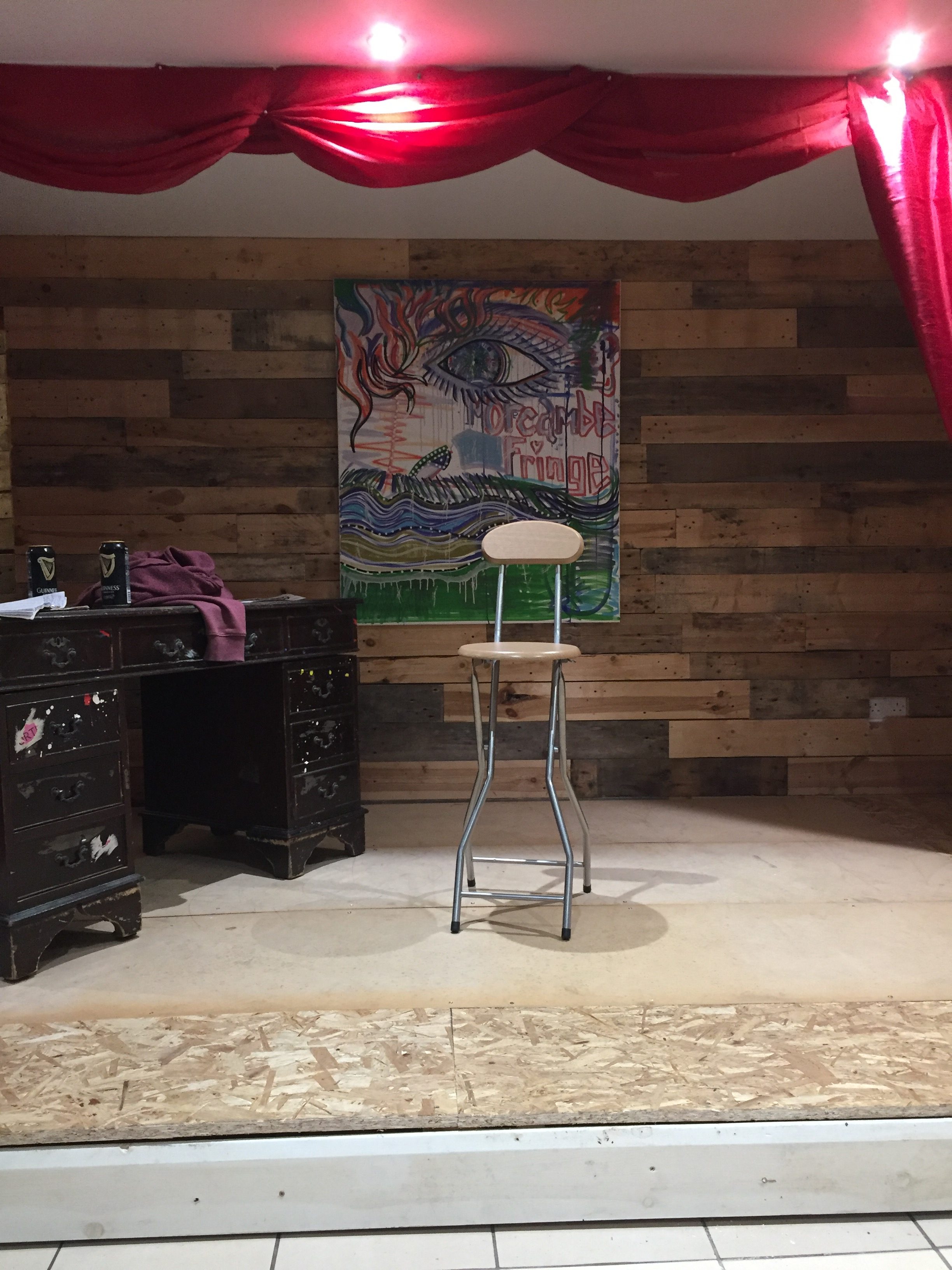 After having a look around Morecambe and it’s peeling, winking shops, we set up the Battling Suicide Bus, with it’s two 5asidechess tables right on the front.

Pete came over in an Orange Polo Shirt and jean shorts. He had just been at the benefits office.

“They won’t give me any help because I dress up smart,” he said. “ I always have, ever since I was working at the power plant, before I was sacked.”

Pete’s ex-girlfriend and three kids live in the house he bought. He lives in a tent outside of town.

“I’ve just got back out of rehab,” Pete’s eyes are glazed with a film of booze. “I can’t do it. I’m lost. I’ve got a huge cocaine bill and, if I go down there into town, I know it’ll just get longer.”

He raised up his cut off fingers. “I lost them at the plant and got a big payout. And that’s always been the problem. That I’ve had too much money. That’s where all this shit with the drugs comes from. It’s weird, I’ve had the money and the girl and all that and look at me. Alone. ”

On the other table Paul is sat looking out towards the lake district eating potted shrimp. The Midlands hotel is an art deco box in the distance.

A man that looks like Vincent Van Goph is playing Giant Chess against a man in yellow wellies. The sky is clear blue and nobody is looking down. 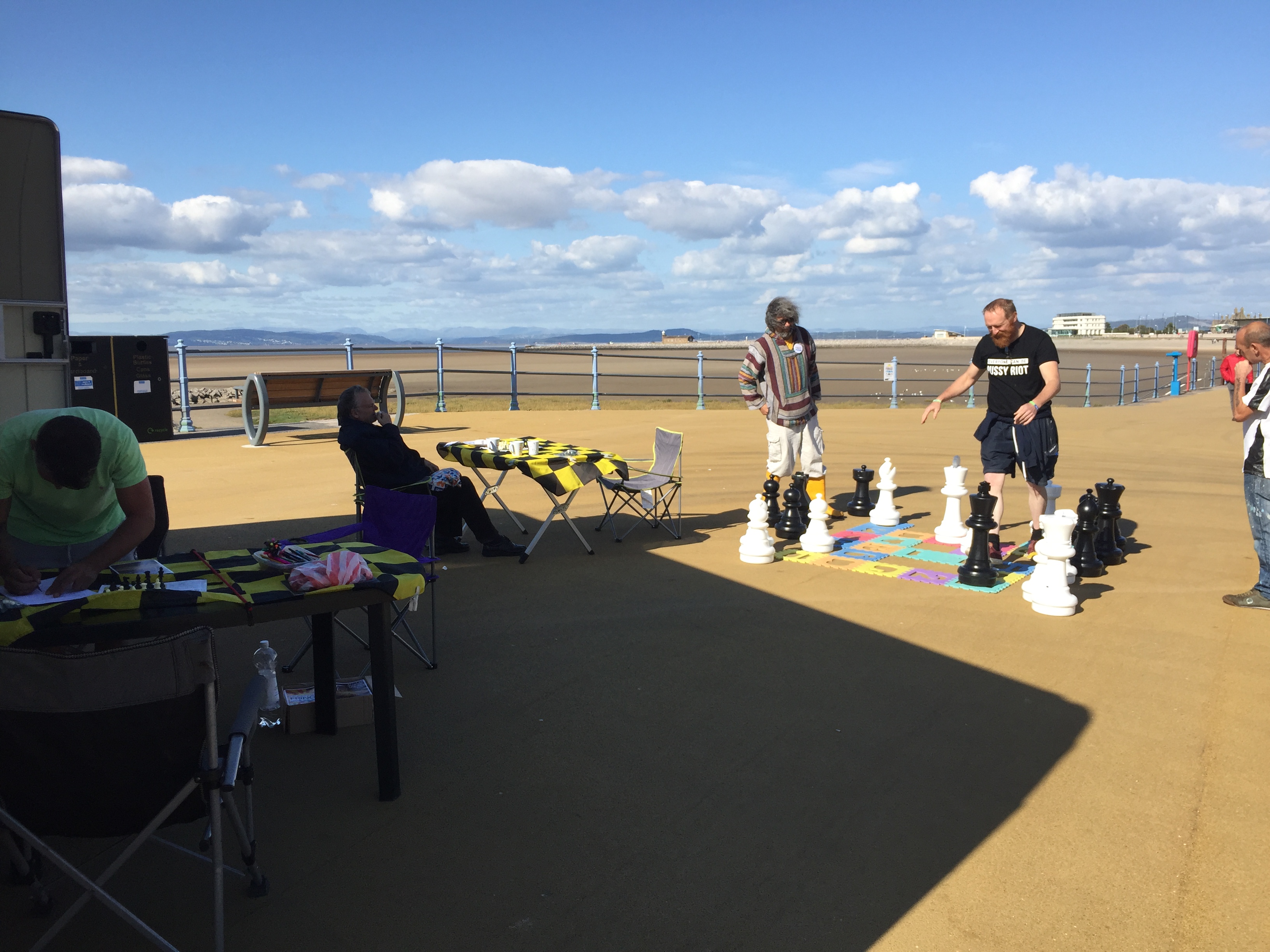 Pete untucks his Orange top. “Look mate, I feel a lot better now. Honestly, it’s about talking isn’t it?” He hugs me and says “I just want my family back mate.” He is crying quietly the way men do sometimes.

“I haven’t played in a while.” It takes us an hour to play because we cant stop talking about how much more we need to talk. That we need more people to be engaged in the world we live in.

“There’s no way of changing anything unless we start interacting with each other more, you know?”

Van Gogh cheers as he wins giant chess. Ross is sitting with Paul playing 5aside. 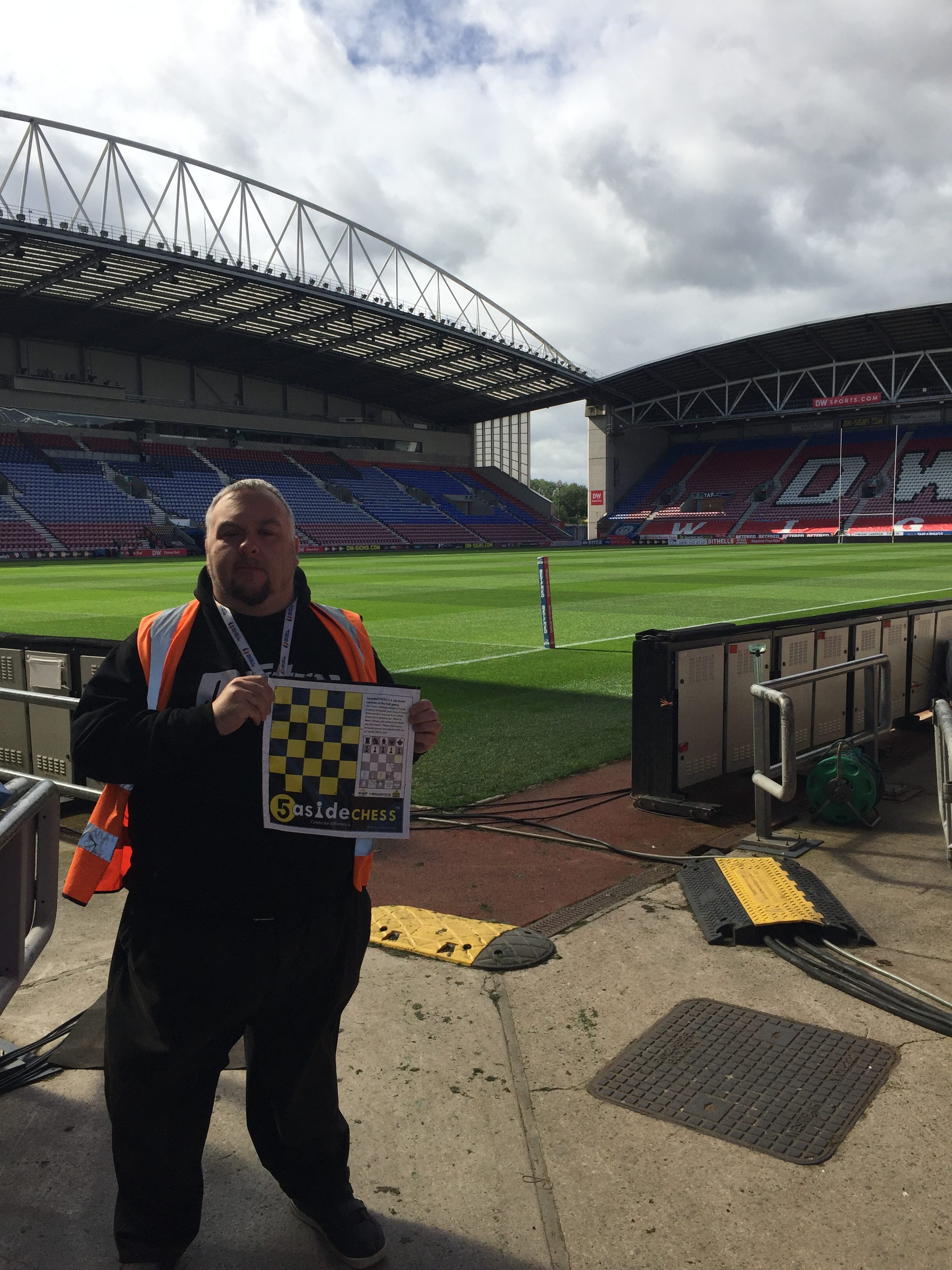 The next day we sat at a Wigan Warriors Rugby League game. Claire the community manager was brilliant. So was Matt from Behind a Smile who had set us up with such a good spot. The players signed our chess board.

Maybe it was the mad rush to get into the stadium. Or maybe men with puffed out chests need a different environment to talk. Can we, you, us, offer everyone that place with 5asideCHESS?

The Battling Suicide Tour rumbles on.