I’m standing in the sun crying. I don’t do this often. It’s not something I regularly take part in. Usually I like to gently smirk in these conditions. “Look,” I smirk. “It’s sunny again in England.” But today is different.

We are at the Folk Forest in Sheffield. People are selling homemade jewellery. I’m eating vegetarian food that’s pretending to be healthy. Everyone is talking about the weather and hypoallergenic dog breeds. It’s as English as the stiff upper fish and chips. 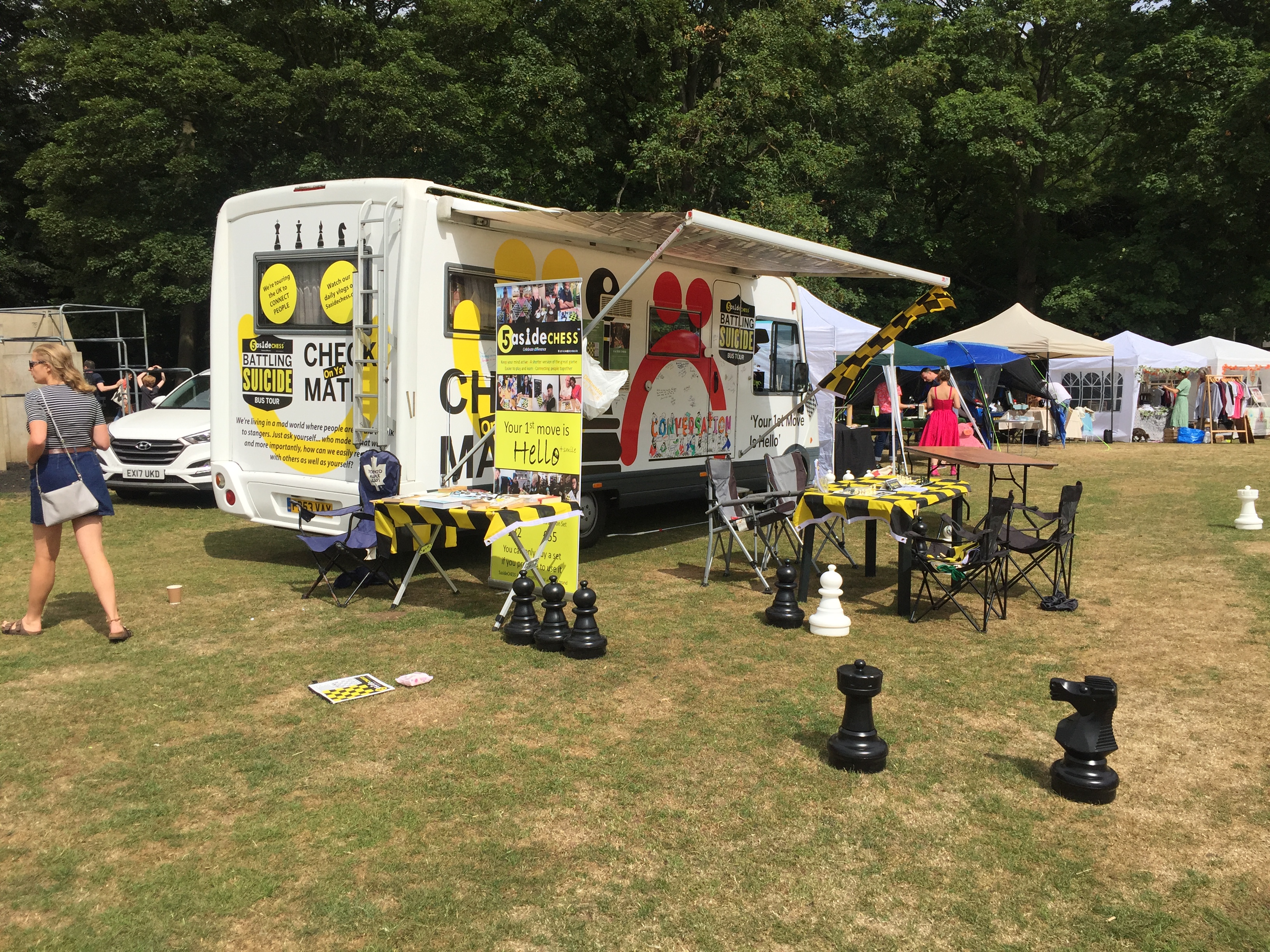 I’m crying, though, and it’s not because even wholemeal tortillas are bad when they’re fried in oil.

It’s because of the picture at the end of the video below. Maybe the saddest message I’ve ever seen.  It’s also because of the lad next to me. Well, his story about Aunty Lindsey actually. She killed herself last week. And then there was Mandy’s son, who lost his benefits and couldn’t bear telling anyone he was on the streets. He’s also dead.  Neither of them were talking to anyone before or after they died.

There are people walking around looking normal but carrying huge weight. Heavy memories and questions about suicide and its mystery, hidden in generic Englishness. Why did she do it and Pimms for dinner.  Was it my fault, strawberries and ice cream? I’m so angry at him, carried around in a bag for life.

So there I am, feeling sad in a park. The man next to me is also sad. He is small and thin and hunched over.  He is alone with his vape pen.

“Do you mind if I write something mate?”

Chris….Mate sorry we never had that pint X

So there I am, crying in a park in Sheffield. Men in hats chat with old boys with braces.

There is a new man next to me.

“Somehow I ended up fat and 38 with three kids,” he laughs and slaps his stomach.  “And it’s that family over there that makes it all ok.”

And maybe that’s how we approach this suicide issue, with humour and self depreciation, but people need community and they need relationships and talking to survive. We are not an upfront people, the English, but we skirt closest to the truth with our jokes. But jokes are only funny when there are people there to laugh. CHECK on ya MATE is not just some stupid slogan. Our Chess Boards aren’t just some stupid gimmick.

At the moment all I can think of is how suicide is a human problem. There are no animals that kill themselves because they feel they simply can’t go on living. And that gives me a sense of hope, that this is our problem, an unnatural one, and that it follows that we can fix it. Before you say it, it is true that 28 cows jumped off a bridge in Switzerland once, but being milked or becoming a rib eye steak are not reasons to die.