The writing of this article was heavily avoided until far too close to deadline. Ironically, the avoidance came strapped to the mother of all irony bombs.  The writer was scared people with anxiety would consider it ill informed and generally crap. He was anxious about how anxious people would feel about words about anxiety. The movie Inception wishes it was, bit invariably was too scared to be.

So I move gently into first person after a bit of self reflection, remembering memories of car accidents, painkiller addiction and days without sleep. I didn’t want to think of the jumpy classes at uni and the man with the black hat following me around. Was that really the same condition as the girl on Facebook moaning about how “My anxiety is literally killing me today. Can’t even make it to the shops?” 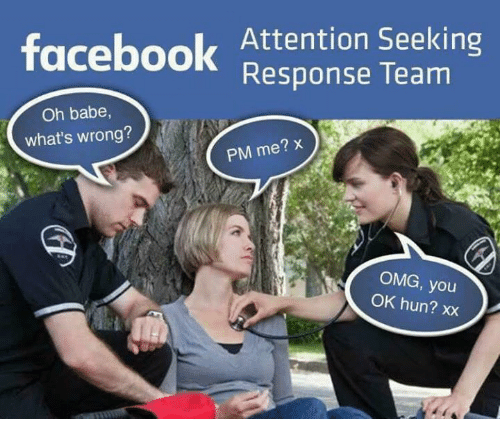 The truth is that it comes in all forms and maybe why people appropriate it, calling it MY ANXIETY, is because it’s personal. It’s not like the universal front of head headache, or the common cold. Your anxiety is tailor made to haunt you and only you. Well that’s how it feels anyway.

A different side of the same coin as depression, anxiety fills the space between expectations and reality, or the gap between now and the horror that you’re certain is coming.

“Here I am sitting at my desk writing an article about anxiety, which is going to be terrible and then I’ll probably lose my job because of it.”

Cue nothing getting done. Cue worry. Wrinkle lines appearing. Hello new line of anxiety about looking like a scrotum at the age of 25. Think, Worry, Try to sleep. Repeat.

Along with 8 million other people in the UK, I’ve had that overflowing anxiety. The strong stuff that people in white coats call ‘serious’. 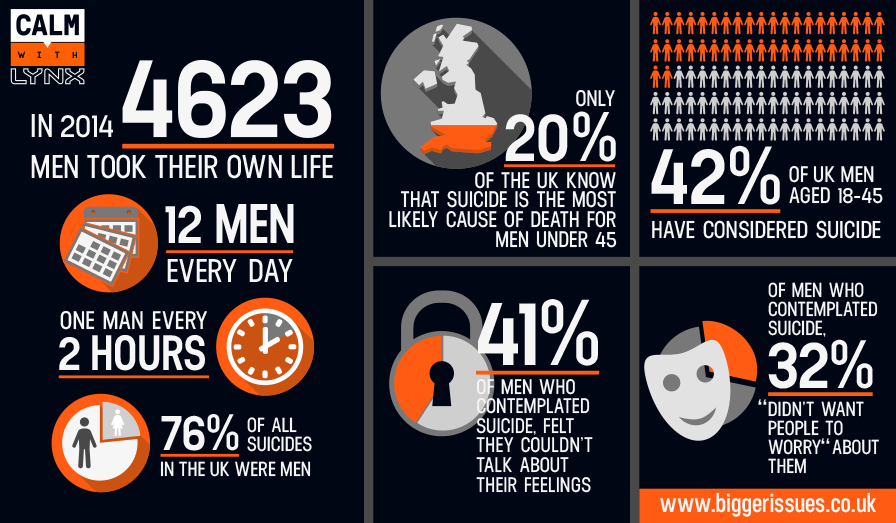 The Story of Aaron Brahms’ Brother

These figures are more than just a statistic to Aaron Brahms, who lost his brother to suicide in 2013.

“At first most of my family wouldn’t believe that it was suicide,” Aaron said. “He was big into conspiracy theories so people were saying it was a murder. Or we were definitely looking for some kind of meaning for his death. He had a break up a while before but he seemed happy. Always joking, and there didn’t seem any reason serious enough for him to take his own life.”

After a police investigation Aaron’s family were informed that his brother was in debt with a drug dealer.

“We found out he was in for about £6,000 to this drug dealer,” Aaron said, audibly falling away on the phone. The debt plus a cocaine addiction swirled together and made a perfectly terrible storm.

We didn’t contact her, but Aaron told me his brother’s girlfriend speaks with him pretty regularly and is getting along ok.

This situation is by no means a template for how men and women deal with their issues, considering how many nuances and caveats are attached to every person’s struggles, but on a wider scale it does reflect a trend.

It’s about how men deal with feeling like the walls are caving in. Where girls tend to at least try and rebuild and support the caving walls, men prefer to smash into the substances headfirst, propping their mental health up with temporary supports.

Studies in Canada, at the Centre for Addiction and Mental Health, revealed that more than a quarter of depressed men self medicate with substances. 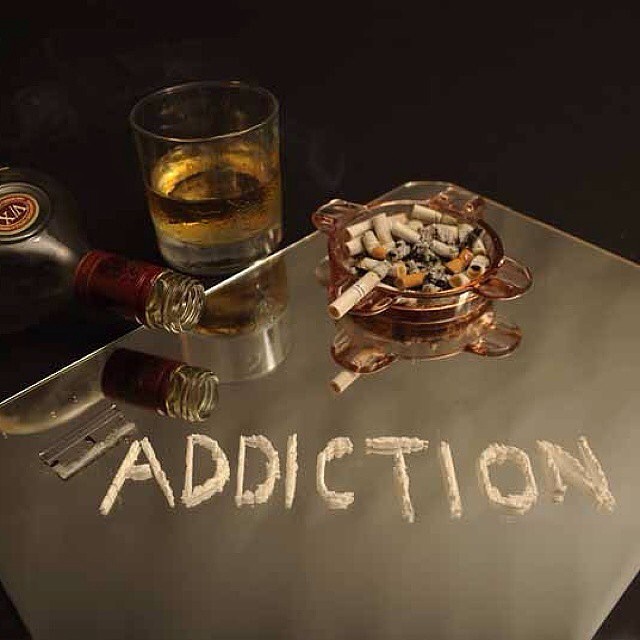 So why don’t men just talk instead?

Dr. Neil Rector, Research Director in the Thomson Anxiety Disorder Centre at Toronto’s Sunnybrook Hospital said: “If you’re male and have been socialized to be active and controlling, anxiety is (perceived) as a sign of weakness.”

Of course it isn’t, though. In fact, if you really look into anxiety, people with a naturally higher rate are probably here today because of it. In a really long-winded, ancestral way.

Because anxiety is a normal reaction to what life throws at us. It’s the brain prickling up its back and telling us to be on alert. High voltage.

The problem is that old saber tooth isn’t jumping off a rock to kill us anymore.  And here’s the interesting thing, our brain has no way of knowing that.  So we become consumed by anxiety, the thing meant to keep us safe, regardless of what it’s triggered by. It’s about feeling threatened. Your threats. Your anxiety. But surely we can overcome this. Surely these threats, whatever they may be, can be overcome together? Perhaps from getting off our phones and out of out homes.

And that’s really where I think 5asideCHESS comes in. You can buy a set today and be part of helping your self and others.

It can be a cure to being shut away with our anxieties. Or getting into the habit of talking rather than creating a saber tooth tiger of worry in a world no-one else can help us in. 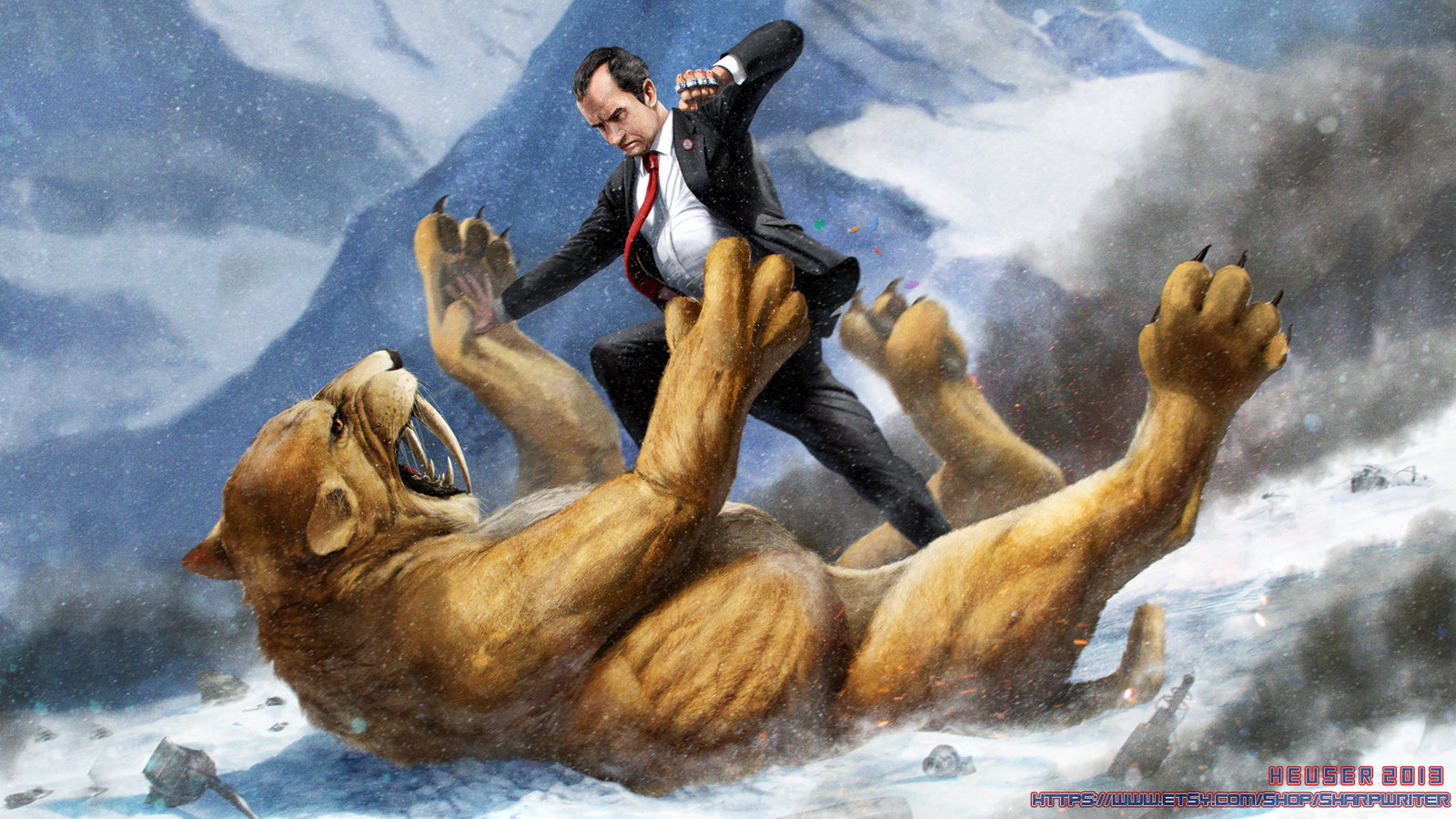