The fog had blanketed Edinburgh’s tightly knitted old buildings. They leaned in just a bit more than usual, looked a bit more gothic and disappeared if you looked up. People in suits filed wearily but neatly around the tourists, all lost google-mapping themselves the wrong way down stairs.  A few comedians were already sulking into hazy coffee cups across the street. Edinburgh did not feel like the kind of place people who like big skies and open spaces stay for long. 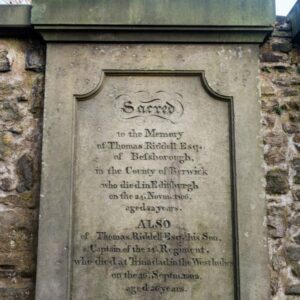 Will arrived grumpy, reserved and beautiful. He wore half a day’s finely chopped beard. A grey and tight short back and sides.

I watched the Spanish waiters and their white aprons dash around.

“Apparently Voldemort’s grave is up there,” I said, pointing up the hill to Greyfriars Cemetery.

“I haven’t seen it,” Will said, moving his knight. “And I’ve been sleeping there for two days.”

“That’s the problem. I like too look smart, you know, but that means the government aren’t interested in helping me, you know. And I hate the hostels full of drug addicts and alcoholics.”

Running up a Snowy Hill: A long-winded analogy about a feeling that might be called anxiety or worry or something

A Pilgrim of Hardship

Tracy and her story walked past and waved and swayed.

Will’s face was unmoved. His jaw wide and thick and made of granite.

“I just need to keep moving.”

“Is it a Pilgrimage?”

“It’s sort of a pilgrimage,” he said. “But I don’t have an exact place to be, you know. I’m moving to maintain a state, not visit one. ”

The next time I saw him was late on Wednesday afternoon. He had a cup of coffee, played a game of 5asideCHESS and didn’t say much.

More than the 300,000 people in 2017 that honored the ancient Santiago de Compostela pilgrimage. Around 60 percent of them walked the 780km ‘Frances Way’.

Will arrived early on Thursday morning. We played a lot of chess. He sat quietly when other people approached the Battling Suicide Bus. There’s something about the familiarity, I think, that softened him.

“I actually walked up here from Spain, you know,” he said.

“Yeah, I’d been there for the election.”

“Yeah, for Catalonian Independence, I was part of the fight, helping to spread the word in English.”

“What’s your link to Catalonia?”

“Well,” he said. “It was a cause I felt passionate about, you know, something worth fighting for. I’ve always been fighting for a cause, you know. I was out there in the 90s helping during the war in Kosovo. Now I just need to raise some cash and get back to Spain, to see Maria.”

“But if you stayed around in one place maybe you could save some money up and not have to avoid the drug addicts, or whatever, that you don’t like. Maybe see Maria more.”

“Give me a moment, I need to think, so I can explain this to you,” he said.

“The word I’ve been thinking of is hardship,” he said, leaning back and comfortable. “Hardship is hard to come by these days, you know, and without it what’s the point? Moving keeps me healthy and occupied. Most other people are sitting around being useless and fat or drunk or sick.”

“So you’re kind of a Pilgrim of Hardship?”

A broad smile broke over his eyes.

“Maria still has her old husband living in the house, so even that’s a bit difficult.”

“Yeah, just a bit. So I’m going to raise up some money, because I don’t want to see her with no money, you know. She already looked after me a bit and it didn’t feel right. I want it to be right.”

Will left that day on his quest to find work in some obscure part of Scotland he said had lots of tourism and room and board jobs.

I watched him walk into the crowd until he turned and came back quickly, loaded up with his big bag. He grabbed me with a hug. He hugged me and, when it was over, he stayed there and hugged me again.