Ahhh,  1982. Morrisey brought us The Smiths, Vauxhall  brought us the Nova, and Delorean was brought to its knees.

It wasn’t all depressing, though, as the first Millennials also came into the world, arriving pre-ordained with rolled up jeans, poorly grown beards and unrealistic expectations of the workplace.

At 35 years old, you’d think some of them would have grown up by now. You would of also thought that more brands, marketers and advertising companies would know just how big and diverse the Millennial Generation is.

And that the great commonalities Millennials share are, in reality, just stereotypes that fail to impress or engage a wildly diverse group with an age range of more than 20 years.

Yes, one fifth of the UK falls inside this generation.

No, they don’t all wear Gola trainers and work for Deliveroo with one-gear bikes. Some do, obviously, because employment is high (Over 80%) Mostly in Retail, Wholesale, Health and Social Care.

There are close to 9,000,000 of them, but a quarter weren’t even born in the UK.  This is a hugely diverse generation. Just under 20% are from non-white ethnic groups.

They spend more on ‘experiences’ than any other generation ever has. And yet one in four have a child.

And their main commonality isn’t Craft Beer.  Well, it can be, but you’ve got to get through to them first. So what do they have in Common?

If a company supports a cause, half of all Millennials would be more willing to buy from that company. A further 37% said they would even pay more if they believed in that cause. But that’s really only half of it.

So how can you do great work that also gets Millennials on board with your brand? Because these two things don’t have to be different. In fact, they shouldn’t be.  The problem is that, for some reason, advertisers seem to think Millennials don’t smell bullshit when it comes to the ‘great causes’ companies ‘help out.’

Now it is true that Millennials want to be stimulated.  A massive 80% want your content to entertain them, actually. If they want the information, they’ll find it later.  And a lot of that entertainment comes from connection, from interacting with the people they buy their products from.

They want to co-create. Value is in the making and purpose is Key. The problem, though, is that most company’s involved with causes are doing it for the sake of it. Not to actually make a real difference.

And that’s where 5asideCHESS comes in. 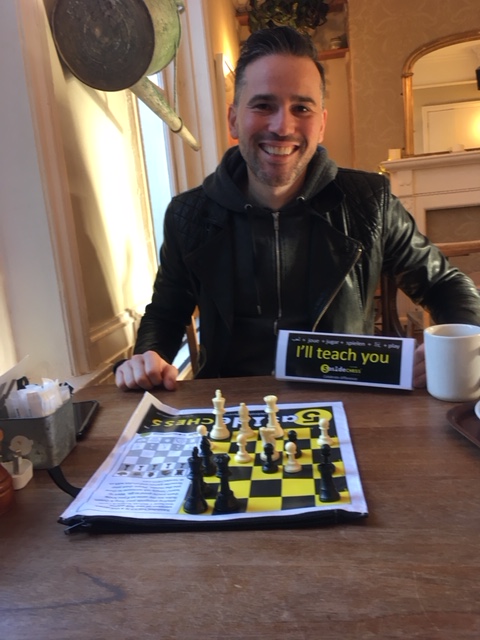 We are working to reduce loneliness and fight social isolation in the UK. We send volunteers into Partner Venues to sit with a book and our 5asideCHESS board for a few hours. They get free Tea and Coffee.

The great people of Boston Tea Party and Bristol Hippodrome, as well as many others, currently partner with us in Bristol.

There’s a framework in place where people can talk to other people, imagine that. Reconnecting in an increasingly disconnected world.  You can read more here.

We have a team of content providers looking to make a real difference. A lot of them are personally invested in this project because they have seen poor Mental Health first hand. Most of us have.

We are about to start a big marketing and promotion campaign to share our message, and we want brands that actually want to engage in doing something better to come on board. You can sponsor a square and be a part of the videos, events and PR campaigns. Not to mention being on 1,000 chess boards in locations all around the UK.

Give Ryan an Email at Ryan@5asideChess.com to find out more.